Selling a player is a regular occurrence when managing a football club. Sometimes it’s disappointed to sell a player you rate so highly, but the money coming in for him is worth it. Sometimes you sell a player you don’t rate, to lesser clubs for little money, which you will not mind as a manager. Then there is this other category, when you sell players for little money, and then they go to become a great player, and regret it badly. Here is the top 5 players who were undervalued by their club, sold, and turned out to be better than first thought. 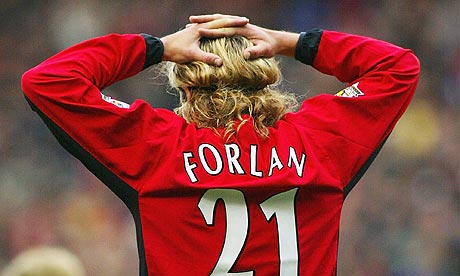 Diego Forlan moved to Manchester United in January 2002 for a fee of nearly £7million. At his time at United he struggled for most parts and his goal scoring record wasn’t that good. He will be a fan favourite due to some important goals, a winner against Chelsea and a double at Anfield against rivals Liverpool. He moved to Villarreal in August 2004, for a fee of £1.7million, as United went on to sign £30million Wayne Rooney. Forlan’s career went from strength to strength, as in his first season he was pivotal in Villarreal reaching 4th place in La Liga, and earning a Champions League spot and also won the Pichichi Trophy for being top goal scorer.

He stayed at Villarreal for another two seasons, gaining worldwide reputation for his goal scoring before moving to Ateltico Madrid for £15million. Forlan also helped Atletico reach the Champions League for the first time in a decade and in his spell there he won the Pichichi again. Forlan is the Uruguayan captain and at the 2010 World Cup he won the Golden Boot, which is an award for the best player at the tournament and was also joint top goal scorer as Uruguay finished the World Cup in 4th position. Crazy now to think Alex Ferguson sold him for next to nothing in 2004.

4 – Thierry Henry from Juventus to Arsenal 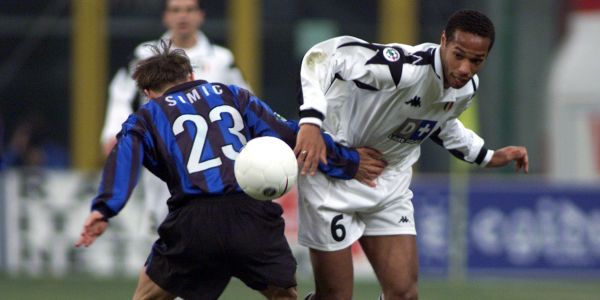 First things first, because of the quality of the player, this would have been number one, however, the fee is the biggest in the list so in that case it didn’t warrant it. Thierry Henry struggled at Juventus, and was sold to Arsenal for £11million, which seemed a fairly big price tag at the time. However, Henry proved to be one of the best strikers in the world, and Arsenal got 8 full seasons from Henry, who became the record goal scorer for Arsenal, and was then sold to Barcelona for £18million, so made a profit on him too.

There were doubts about Henry when he first moved to England as many believed he couldn’t get used to the physical nature of the Premier League. Thierry Henry proved to be class in the league, and scored some of the best goals the league has seen, and he became the top goal scorer for 2 seasons. He was part of Arsenal’s title wins in 2002 and 2004, with the latter being an undefeated season for the Gunners. Juventus completely undervalued their player and must have big regrets about letting him go. Henry had great pace, fantastic finishing ability and was always apparent in the lovely build up his Arsenal team did play. £11million was later realised to be an absolute bargain. 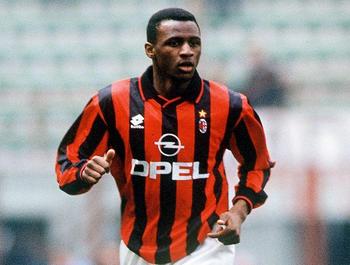 Vieira and Henry were both extremely successful buys from Arsene Wenger. However, Vieira you could argue was the better deal.

Vieira was bought from AC Milan for £3.5million and that has turned out to be a fantastic bargain. Vieira was a machine for Arsenal in the middle of the park, and gained a reputation as one of the best Premier League players of all time. Vieira won 3 titles with Arsenal and also was chosen to play for France in the 1998 World Cup and European Championships in 2000, where France was successful on both occasions.

Vieira was chosen as captain for Arsenal once Tony Adams retired, as he captained them in the season where Arsenal didn’t lose once. Vieira’s last kick as an Arsenal player was the winning penalty against Manchester United in the 2005 FA Cup final. Ironically, this was the last time Arsenal won a trophy, and a lot of pundits have always said that Arsenal have never replaced Vieira. He went back to Italy in 2005, where he joined Juventus for £14million. 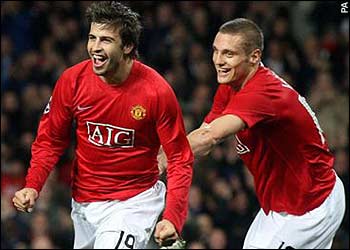 They say if you leave Manchester United then it’s always downhill from there. All the Manchester United players of the last 20 years have had a better time at United than any club they played for before or after their spell at Old Trafford. At this moment in time, even Cristiano Ronaldo has gone downhill in terms of trophies won. However, there is one player that this cannot apply to.

Gerard Pique’s last involvement with Manchester United was when he was in the squad that won the Champions League against Chelsea. He then joined Barcelona for a fee of £5million and it turned out to be a huge mistake. Admittedly, Nemanja Vidic and Rio Ferdinand was a great pairing for Manchester United, but keeping Pique should have been a must. He is now a Barcelona regular, and in his first 3 seasons at the club, he has won the Champions League on two occasions (both finals against Manchester United), won LA Liga in all of the 3 seasons he has been there as well as the Copa Del Rey in 2009 too. Not only this but he is now first choice for the Spanish national team, who has won European Championships and the World Cup in 2008 and 2010 respectively. Not only that, but he is also dating sexy pop artist Shakira, another one of Alex Ferguson’s mistakes. 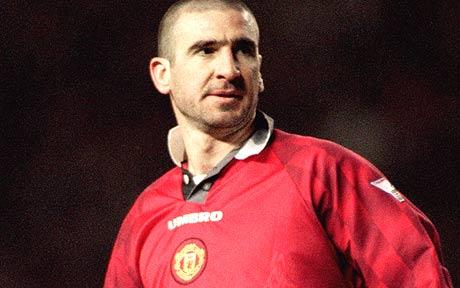 Sir Alex Ferguson does get it right most of the time though. Leeds, who were league champions in 1992, should have never let Cantona go to Manchester United. They won the title with Cantona only playing 15 matches in the whole season, before selling him for just £1million in 1992. Cantona is the most undervalued player in my eyes, as for a figure of so low (albeit it was 1992 and the fee seemed larger back then) it was still an incredible deal. Cantona became a Manchester United legend at the club, and was pivotal in Manchester United winning their first league title since 1967. He was given the ‘Overseas player of the decade’ award in 2001 for his great showing as a Manchester United player. Cantona was a fantastic buy for United, and he won the Premier League on 4 occasions as well as the FA Cup twice. He scored in both finals, but his winner against Liverpool in 1996 was an incredible half volley.

Eric Cantona retired from football and finished at Manchester United at the age of just 30. However, he proved in 5 seasons at the club what a fantastic player he was and will be considered as one of the biggest Premier League legends, and was bought by Manchester United for a fee of £1million which is quite outstanding looking back it.