Here are the top 3 matches for the neutral this weekend. If you love your European football, then here is the pick of the bunch, which all football fans cannot wait for. It was a great weekend in football last s weekend with so many crazy results, but here is hoping that these 3 games will be entertaining and full of goals, incidents and just pure drama. 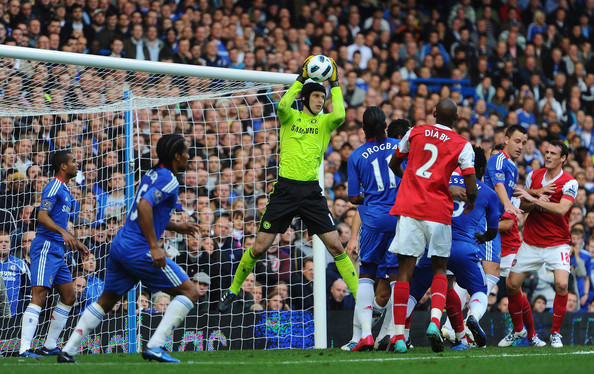 Chelsea will want to bounce back from what was a travesty last week at QPR. They were down to 9 men by half time, and a goal down courtesy of a penalty. Despite having 9 men in the second half, they still dominated QPR, and were unlucky not to get anything from the match. Arsenal’s start to the season was their worst in Premier League history. However, they are starting to turn the screw, winning back to back games in the Premier League for the first time this season. Robin Van Persie is their stand out individual, and he scored two goals in Arsenal’s victory here when they last won here in 2008. Since then, Chelsea have won both matches at Stamford Bridge.

Arsenal were humiliated at Old Trafford, and then lost to Tottenham in another big match, but this one they will feel are far more prepared for it. If Thomas Vermaelen is back, then their defence will be far better, and will have more of a chance to keep the likes of Fernando Torres out. Didier Drogba is unavailable for Chelsea this week, which is good news for Arsenal, as he has a great goal scoring record in this fixture. The last time these two teams played, Arsenal won 3-1, but that was last December, and a have lot of changes have happened since then, so who knows how things will fare. Hope we have a lot of fiery confrontations, plenty of attacking football, bust most importantly goals, as these two sides from London could really do with 3 points here. 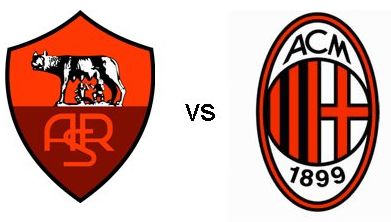 AC Milan came back from 3-0 down at half time last win to eventually win 4-3, thanks to a Kevin Prince Boateng hat trick. It was an incredible match, for the time not exactly firing out the blocks so far this season, despite them being champions. They face a Roma side that lost to Genoa last week, and will definitely want to bounce back from that disappointment.  These games are always close, and haven’t been overly exciting in recent seasons. In the last 3 seasons, they have all been a draw, with the most recent 2 being 0-0.

I am not hoping for the same this week, with so much talent on show from both teams. Roma are slowing in decline at the moment, as they sit in mid table at the moment, and realistically need a win here to kick-start their season. They missed out on Champions League football this season, so their main aim is to finish in that top 4 and be in it next year. Teams like Milan, Napoli, Juventus and Udinese and stronger teams at the moment, so it will definitely not be easy for them. The league is so tight at the top, as a Milan win could see them top the table if other results go their way, and strangely may rely on their rivals Inter Milan if they want top spot this weekend. It’s a fascinating season in the Serie A this year, as there are no easy games, and so many teams who have the potential to win the league. This match will say a lot about AC Milan’s and Roma’s ambitions this season, and it should be fantastic, hopefully better than their recent meetings at the Stadio Olimpico.

Inter Milan have been in terrible form so far this season. Two back to back wins in the Champions League should see them progress to the round of  16 in that competition, but domestically their season has barely started yet. New signing Forlan has yet to shine for them, scoring only 1 goal in their colours. They have lost half of their matches so far this season in the league, and only won 2 out of 8. It’s really troubling times for them, especially when there are so many sides doing better including their rivals for this clash.

Juventus are top of the pile at the moment and still undefeated. They have picked up a few disappointing draws so far this season, but all fans are generally delighted with their form this season and how their players are playing. They beat AC Milan at the beginning of the month, stating that they believe they can win the title this year. Juventus brought quite a lot of players in the summer, and all are bonding quite well and working as a unit. When these teams last met, it was 0-0, but the previous 2 seasons Inter Milan was victorious on both occasions.

Juventus haven’t scored against Inter Milan in their last 3 visits, so are more expectant here. If Inter Milan were to lose, it would be a devastating start for them, and would be a lot closer to the relegation battle than actually challenging for the league title. If Juventus were to win, then undoubtedly would be serious contenders for this title. They have the squad which has quality and the experience. Juventus are the most successful team in Italy’s history, so their comeback to the big time is fantastic for their fans.