England has had some fantastic players down the years, and most of the current set up play for top English clubs at the moment like Liverpool, Manchester United and Chelsea. However, despite how good the players are, there never seems to be any players that want to go to other countries to play their football. Some have done this however, yet some have had a better career than others.

Michael Owen for example struggled to fit in Real Madrid’s team and was back in the Premier League, just one year later after he left it. Here is the top 3 players that have left English players who had a successful time outside of the Premier League. 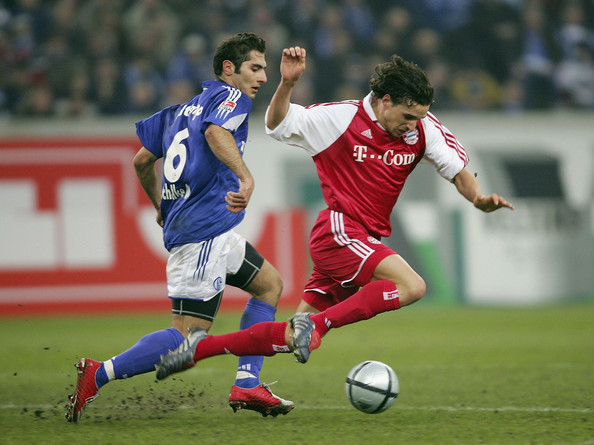 Unlike other England internationals, Owen Hargreaves didn’t actually start his career in England. His first club was Bayern Munich . He joined the club as a 16 year old, and quickly moved up the ranks to find himself in the first team squad. He had a successful time at the German club, winning the Champions League, and of course, the German League. His career at Bayern was mostly good, but had a lot of injuries in his time there. Despite this, he still managed to impress fans, and the England manager. Owen Hargreaves chose to play for England, despite being brought up in Canada and then Germany. He was chosen for England at the European Championships and the World Cup in 2004 and 2006 respectively. It was unusual for England fans to watch a player playing for their nation, despite not playing for a Premier League team. In the 2006 World Cup, he showed what a great player he was, and attracted interested from top Premier League clubs. In 2007, he was purchased by Manchester United for £18million, and after a great first season, winning the Champions League and Premier League double, injuries threatened his career and is now released by Manchester United. 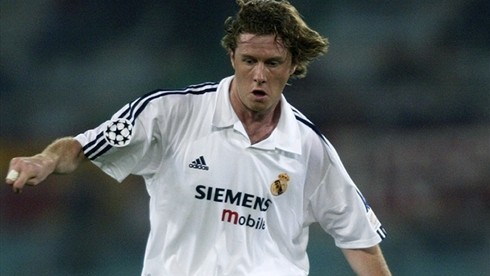 Steve McManaman was regarded as one of England’s best players in the mid 90’s as he had great skill and dribbling ability. He had similarities to Ryan Giggs of Manchester United, but played for rivals Liverpool. McManaman was Liverpool’s captain but is one of few players that fancied playing abroad for another top class football team. Real Madrid was interested and McManaman moved there for the 1999/2000 season. McManaman was the second English player in history to play for Real Madrid. He was the biggest high profile player to join a Spanish club since Linekaar went to Barcelona in the 80’s. He impressed his fans within his first few games, as he created and scored goals. His finest moment of that season was when he scored in the 3-0 final against Valencia in the Champions League final. It wasn’t any goal, as it was a cracking volley which will be remembered for quite some time. McManaman had 3 more full seasons in the Spanish League, and won another Champions League in 2002. He went back to the Premier League to join Manchester City, as his career was coming to an end. 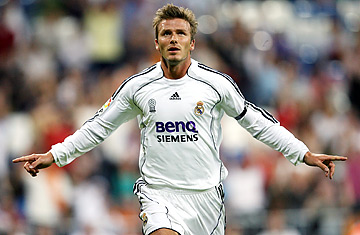 David Beckham is arguably the most famous footballer to come out of England, as he is one of the most recognizable faces in sport over the last two decades. David Beckham made his break at Manchester United, starting as a youngster at the club, and then meriting a place in the first team week in week out. He was remembered for his great crossing ability and set pieces and was a part of a Manchester United team that dominated English football and also won the Champions League in 1999. With his huge profile though, he went abroad to play for Spanish club Real Madrid. He was part of the team that included Ronaldo, Zidane, Roberto Carlos and Figo, but unfortunately Beckham didn’t win a trophy at the club until his last game. He impressed during his time with Real Madrid, but none more so than his last season, where he was pivotal in Real Madrid’s late surge to the title in 2007 where Real Madrid won the league, thanks to all his assists. He then went to LA Galaxy and started to try and gain more reputation for Major League Soccer. Since his arrival, despite not winning any trophies, he has improved the MLS and more and more players from European top leagues want to play in the league. Beckham has also been loaned out to AC Milan on two separate occasions, so therefore playing for the top clubs of the English, Spanish and Italian league. No other player from England could claim that they have done that. David Beckham has been a great success outside of England, although his peak days were at Manchester United, and playing for England and major tournaments, but nonetheless proved he can play on the biggest stage in other countries.

If you fancy some recent updates about those top 3 English players at their current club or just want to keep abreast with the current football news, why don’t you visit bwin betting, a great site that is equipped with a facility to place your bet as well. Head now to the site and see it yourself!