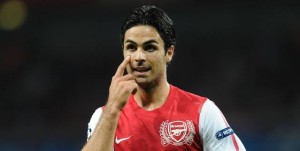 Okay, so you loose Fabregas and Nasri, and realistically you’re Arsene Wenger, what do you do? Well, in his case, he watched his team struggle and lose to Liverpool at home, then watched his team get annihilated  by Manchester United 8-2. They needed midfielders. Rosicky is past his best, Song is solid, and the rest are young and shouldn’t be relied on just yet. Frimpong hasn’t got much Premier League experience, and Ramsey has the potential but at the moment the matches have been too tough for him. Arteta is perhaps considered a panic buy from Arsene Wenger, but it may turn out to be a great signing. Arteta was arguably Everton’s best player, the play maker of the team. He has many similarities to Cesc Fabregas, with great passing ability, and composure on the ball. He is 29 years old so has the experience too. Will it be a great signing? I think it certainly has the potential. 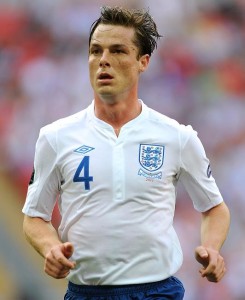 Tottenham haven’t been busy in the transfer market, which is strange for Harry Redknapp’s standards. Tottenham usually pull off a few deals here and there, but realistically this is the only big purchase they have made. Tottenham have been outplayed by the two Manchester clubs in their opening two games, conceding 8 and scoring 1. Redknapp said they had talented footballers, but not a player who would get ‘stuck in’ and Scott Parker is just the man. He was the writer’s player of the year last season, despite playing for 20th place West Ham. His performances have also given him a run in the England side. With Luka Modric staying, him and Scott Parker looks a small yet brilliant centre midfielder. If them two work together well, they should improve vastly on their poor start. For £5million, the last piece to the jigsaw seems a bargain, and a top 4 place is still obtainable if you are a Spurs fan. 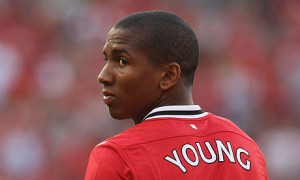 When Young was playing for Aston Villa, every had though highly of him, and it was inevitable for a big team to come in for him. Perhaps people were slightly shocked it was Alex Ferguson and Manchester United that were interested, and may be some people thought it couldn’t cut it in the big time. So far this season he has been terrific, as he has been involved in most of the 13 goals Manchester United have scored so far this season, linking up well with the likes of Rooney, Anderson and Cleverly. It’s still early days mind, and the price tag is a bit expensive. English players seem to have their price tag inflated a tad but the deal was a good one to Aston Villa and Manchester United. United have Park, Valencia and Nani on the wings, so Young is going to face tough competition, but he has started all the games so far for them, and because of his form, it will be hard for another player to knock him out the team. 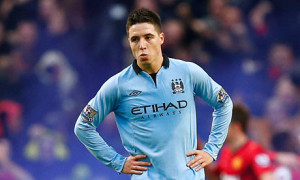 A fantastic signing for Manchester City. Nasri has great ball control, strength on the ball, skill on the ball, can set them up and can score himself. He was arguably Arsenal’s best player last season, and for them to lose him is a massive blow, but a massive gain for City. Nasri had only one year left on his contract, so he would be slightly cheaper, but £22million is still a big bit of money. Nasri will fit in City’s team straight away. Manchester City were quite defensive last season, but with the talent they have now, they will attack in every game and Nasri will excel from this linking with other world class players. Manchester City have made two key signings which will make a huge difference. They have gone from a solid team, that will secure a top 4 position, but these two signings will make this side strong challengers for the title and challenge in the Champions League too. I can mentioning two signings, one is of course Nasri and the other is… 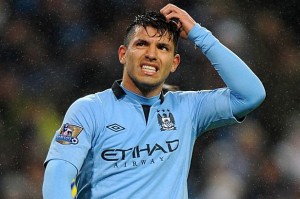 Aguero is a world class striker coming to England with the record price tag from a European Country. Fernando Torres from Liverpool to Chelsea was £50million, and this is second in that list. Aguero looked brilliant on his debut, and has shown some great signs since that too. He has brilliant finishing ability, great pace and is a clever player on the ball. Manchester City now have Silva, Yaya Toure, Samir Nasri, Aguero, Dzeko, Tevez and more top quality players, and if you told a Manchester City fan that they would have these players 5 years ago they would simply not believe you. Aguero is an Argentina international and time will tell whether he will link up with Carlos Tevez or Edin Dzeko in City’s attack, but it looks good for a Manchester City fan nonetheless. He signed from Atletico Madrid, and gained reputation from all the tops clubs like Barcelona, Real Madrid and Chelsea, but it was Manchester City who he chose, whether it was for the money, or it was because he genuinely believes City may become one of the top teams in the world, matching their local rivals, and the likes of Barcelona, and Real Madrid. Football is also very entertaining when playing it online, you can try casino titan.