This football story starts with a history lesson…

Back in 1999, an expedition of the Argentinian volcano Llullaillaco (pronounced… somehow) came across a remarkable find. Three bodies, entombed in a shrine near the 6,739 metre summit of the volcano, were identified as being over 500 years old. Further investigation showed that they were the remains of local children sacrificed in an ancient Inca ritual.

The bodies provided a wealth of information about what life was like for the Inca in 16th century Central America, what the cultural significance of the ritual sacrifice was and, perhaps most amazingly, exonerated a Peruvian football star so he could make it to the World Cup. 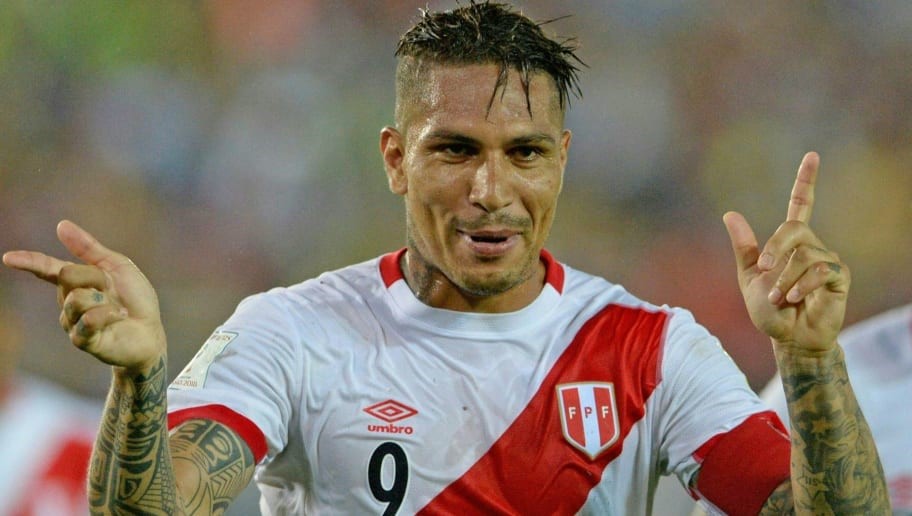 Who is Paolo Guerrero?

Born in Lima, Paolo Guerrero’s first major foray into football was in 2003 when he signed for Bayern Munich, where he scored 21 goals in 23 games during his first year.

After periods at both Hamburger and Corinthians, his current team are the Brazilian-based team Flamengo. In 2017 he was instrumental in their victory of the Campeonato Carioca de Futebol.

On the international stage, his performance for the Peruvian national team has been strong but the team itself has been catastrophically unlucky. In 2010 he was ruled out of the first two qualifying games due to an injury and then suspended for six games after because he insulted a referee back in 2008.

The 2014 bid went much the same way with Peru failing to qualify, but Peru’s luck turned last year, where they not only qualified but were ranked in fifth position over all for their region: first time in about 30 years.

But before they even played their final game, Peru found themselves without their Captain as Paolo Guerrero failed a doping control test.

A test conducted on 5th October, after a qualifier against Argentina, showed traces of benzoylecgonine in his system, the primary metabolite of cocaine, and the result prompted FIFA to hand down a one year ban for use of what they described  as a ‘social drug’. Understandably, Guerrero strongly denied the allegations and claimed acoca leaf, a major staple in Peruvian culture, had somehow been mixed into the tea he’d drunk whilst ill.

In fact, he was so sure it was the tea that it was brought up in his legal defence. Guerrero’s defence team brought in LC Cameron, a biochemist from Brazil, who asserted the amount of benzoylecgonine in Guerrero’s urine would be consistent with the amounts you would expect if he had drunk coca tea.

But was it convincing enough? In a surprise move, the defence called Charles Stanish, an American archaeologist who specialised in Peru, Bolivia and Chile, and he brought evidence of the defence’s claims.

The three mummies in court

Don’t worry, they weren’t being called to the stand.

The three children, much like other ice mummies, had been remarkably well-preserved, meaning it was possible to draw a lot of conclusions from the data available.

One of the most concrete deductions was that the body identified as ‘The Maiden’ had likely been subject to a status change when she was chosen for the ritual. There were signs her diet had changed significantly and she had been offered liberal amounts of alcohol and, most importantly, coca.

In fact, examination of the bodies’ hair showed the coca ingested by all three was enough to test positive for benzoylecgonine, 400 odd years before cocaine was even developed for the first time.

This was enough to introduce reasonable level of doubt that Guerrero had been using cocaine and his ban was reduced to six months from the original year.

No sooner was Guerrero cleared to play again after six months than his ban was re-instated, throwing everyone’s fantasy league and football bets out the window. This was because of complaints from the World Anti-Doping Agency (WADA) who demanded that Guerrero serve the full punishment for the violation as their code specified.

Never mind that he’d provided strong evidence he never actually used cocaine, and this entire debacle was down to a tea bag, WADA was insistent he serve the full period and appealed to the Court of Arbitration of Sport (CAS).

Hilariously, the case appears to have inspired the Russian Football Union to issue a statement telling its players not to drink any weird teas or smoke shisha so they couldn’t be accused of doping.

Still, the increased ban riled  a fair few people, and not just in Peru. An open letter was sent to FIFA,  signed by THREE different captains of World Cup teams, who asked for compassion in allowing a guy who (probably) did nothing wrong to play for his side in a competition for which they’d fail to qualify for 30 consecutive years.

The decision to ban Guerrero was  not one FIFA could lift unilaterally, but the intention was good!

Guerrero took the case to the Swiss Federal Tribunal and, after some deliberation, they told CAS that the ban was being suspended until after the World Cup while they assess the evidence.

With Guerrero back on the field, it’s a happy ending for all!

Until Peru lost 1-0 to both Denmark and France and now won’t progress beyond the group stage.

What do Paolo Guerrero and a 500-year-old dead girl have in common? Neither is making it out of the group stage.