Chelsea climbed to the top of the Premier League table after their 5-0 win over Everton, which prompted bookies to recalculate their odds for the title. The London side also laid down a marker for their opponents, showing that they could be the team to beat this season. Liverpool played the next day, though, and turned the title race on its head again. They smashed six goals past Watford in the 6-1 victory and basically told their title rivals: “Anything you can do, we can do better.” 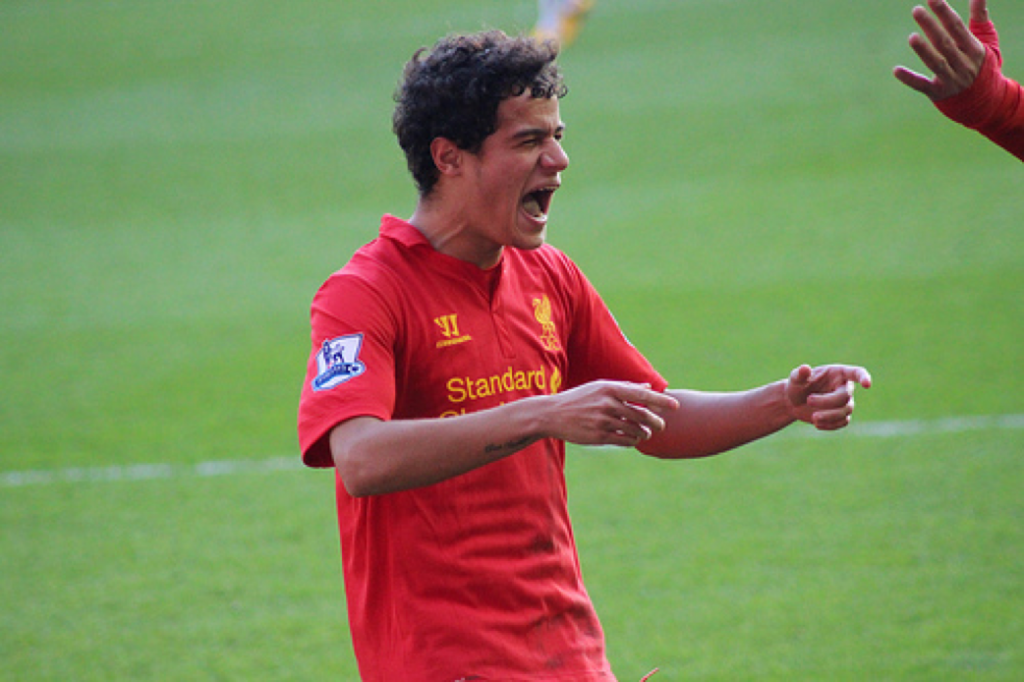 Until their annihilation of Watford at Anfield (see video below), Liverpool hadn’t been top of the league since the 2014 season, when they came so agonisingly close to winning the title. Jürgen Klopp’s philosophy has clearly taken hold now, and the Reds have been completely reborn under the German’s guidance. And apparently they aren’t even where Klopp wants them yet. The former Borussia Dortmund manager seemed to think his side could perform to a higher standard. After the defeat of Hull in September the two-time Bundesliga winner said: “We have a lot of things to improve and one is that if you are brilliant you need to be brilliant for 95 minutes.”

If this Liverpool side are not yet performing at 100% in the manager’s eyes, the team that are sitting pretty at the summit of English football after eleven games could become a nightmare for their close title rivals. Klopp has created an irresistible, free-flowing, attacking force that at times appears to be unstoppable. People betting on Premier League matches would be unwise to stake on the Merseyside outfit’s opponents no matter who they are up against, as no defence in the league is safe against these devastating forwards.

In the game against Watford, Liverpool fired a whopping 28 shots on goal with 17 of those on target. Stats for the whole season courtesy of Fantasy Football Scout show that Roberto Firmino has had an attempt on goal every 29.9 minutes, Philippe Coutinho every 18.7 minutes, Adam Lallana every 41.6 minutes, and Sadio Mane every 37.5 minutes. This ferocious attack is backed up by other players that are keen to get in on the goal scoring action as well. Ten different players have scored goals for the side in the league this season, and interestingly the once prolific Daniel Sturridge has not been one of them.

Klopp’s advanced attacking force doesn’t rely on one main striker up top like many of his rivals do, and this could be the key factor that makes them such a threat. If one of the three main goal scorers gets injured, Klopp has a wealth of other options at his disposal to avoid a crisis. But take Manchester City and Tottenham Hotspur as juxtaposing examples. While Sergio Aguero has been off the boil in recent weeks, so too have City, and while Harry Kane has been side-lined with injury, Spurs have lacked the same bite in attack.

Although Liverpool have the firepower to outscore any side in the league, their defensive woes (see video above) could lead them to come unstuck as the title race steps up a few gears. Although they have scored 30 goals, which is more than any other team, the Reds have also conceded 14 at the other end and have only managed to keep one clean sheet. This is an inferior defensive record to all of the teams in the top seven. Klopp must work out a way to tighten up at the back, as it could make all the difference against Liverpool’s main title rivals in the months to come.

There is no doubt that Liverpool have been the most exciting team to watch this season, and they have earned their place at the top of the tree at this stage. They certainly look like the real deal, and could storm all the way to their first ever Premier League title if they can keep this up.