The Spanish League kicks off on the 21st of August, and it is regarded as one of, if not the best league in the world. The Premier League is the most competitive, but there is no doubt about the amount of quality in the La Liga. Barcelona, are becoming the best team that we have ever seen, as they continue to dominate domestic and European football.

Barcelona will be favourites to win a 4th title in a row, which Real Madrid did back in the late 80’s. Barcelona have won the league 21 times in their history, but still need to win 10 more times to catch up with Real Madrid. There is no denying though that a team will have to be special to stop this current Barcelona side. There was a few remarkable scenes last season which may have caught the viewers eye. The great managers of Jose Mourinho, Arsene Wenger and Sir Alex Ferguson, as they each watched their team annihilated by Barcelona, especially the last as Ferguson seen shaking his fists after seeing his team outplayed in the Champions League final. Barcelona are now in their peak, and if their current first team 11 are injured, then they are leaps and bounds above any other team in Europe.  Arsenal managed to beat them 2-1 in the first leg, however, Barcelona absolutely dominated them in the second leg, as Arsenal didn’t manage one shot all game, despite scoring. 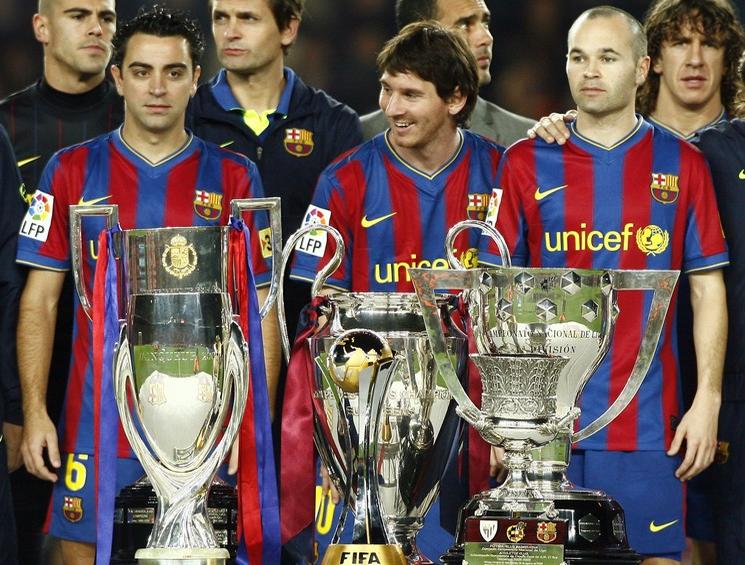 Arguably, the closest team to Barcelona is their rivals Real Madrid, who did manage to beat them in the Copa Del Rey final last year with a Ronaldo goal. The first meeting saw Barcelona triumph to a 5-0 victory, which sent shockwaves around Europe, as most people believed they saw the best team performance of all time. However, performances between the two since then have been much closer. Mourinho is quickly learning about how to stop Barcelona as he did with Inter Milan, with Real Madrid. Once again, there are realistically two teams that can win the La Liga this season, and despite Barcelona being favourites, no one would rule out the possibility of Mourinho winning the league with Real Madrid and becoming the first manager to win the top league in England, Spain and Italy.

With Barcelona have the right tactics and players at the moment, it’s almost impossible to stop them. Xavi and Iniesta is the most dangerous centre midfield pairing in the world, and getting the ball of them is difficult. Messi is potentially the best player the world has ever seen, and is capable of scoring over 40 goals a season. Not only do they have the most talented players in the world, but they play as a team, in the way they keep possession for most of the match and pressure the opponents once they don’t have the ball, so they get it back, usually within 10 seconds. How can you stop Barcelona? Can Madrid stop Barcelona? We’ll find out this season.