The captain of Arsenal FC, will be joining Barcelona by the time this weekend is finished for a fee of £35million, sources understand.
This has been one of the biggest transfer stories of the summer, and has been rumours for the last couple of seasons and it seems now that Barcelona have finally got their man. Still nothing is official yet, but the deal is expected to be done by the weekend.

Arsenal’s team were not far away from winning trophies last season, but another trophy less season whilst Barcelona had won the league and Champions League was a season too far for Cesc Fabregas. Fabregas joined Arsenal from Barcelona, but will make his return to the Champions League holders. Fabregas will join the likes of Lionel Messi, Xavi, David Villa, Iniesta and new signing Alexis Sanchez and further cement their chances of being branded the greatest football team of all time. 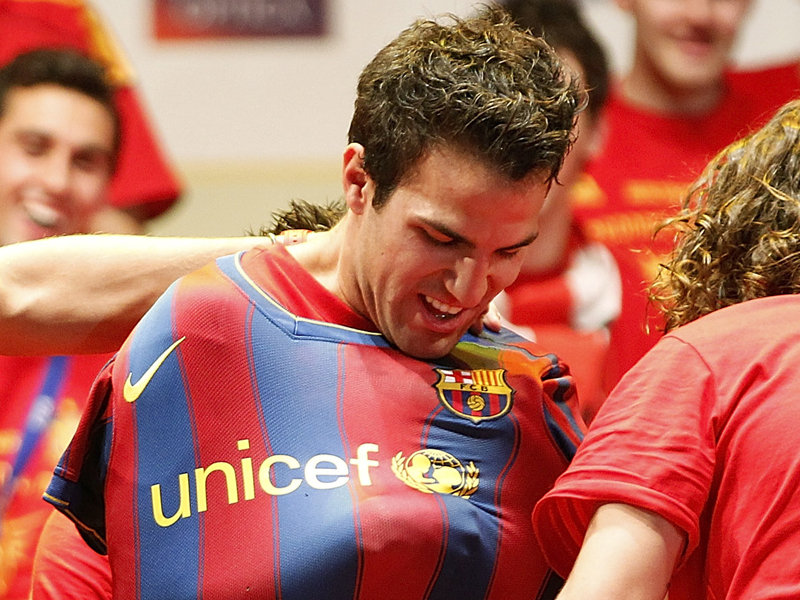 The fee is slightly less of what Arsene Wenger and Arsenal wanted, but feel they had no choice but to let their skipper go to the Catalan giants. Arsene Wenger now has a job of spending the money on potential replacements and keeping other midfielder Samir Nasri, as he has been linked with a move to Manchester City and Manchester United.