Finishing eight last season was considered a wonderful achievement for Southampton, who showed promising signs of developing into a top half Premier League team, but very few expected them to go even further in 2014/2015. Losing a number of star players and the manager who made them produce eye-catching football was a real indication that the South Coast club had become a victim of their own success. However, Ronald Koeman has done a wonderful job in not only showing shrewd business acumen to bring in new arrivals who have made a real impact, but also take their performance levels to a whole new level. It resulted in Southampton making a wonderful start to the season against all odds, with their early momentum and form carrying them towards a potential top four finish. They have surprised everyone by remaining in Champions League contention throughout the season, and with just ten games remaining in the current campaign, Southampton are firmly in contention amongst a five-horse race to dine at Europe’s top table of football. 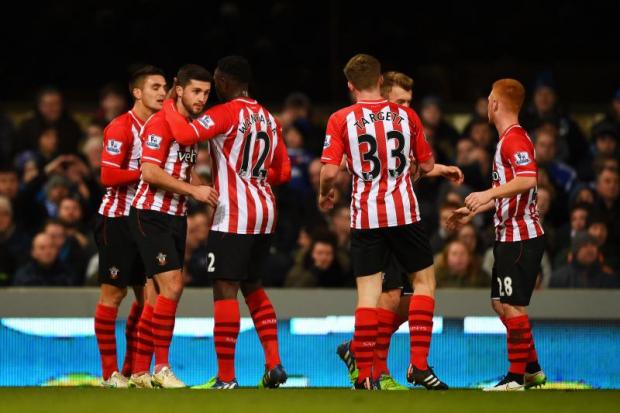 While Southampton enjoyed a superb start to their campaign, many expected them to tail off and finish in a respectable top half position for the second season in a row. However, despite losing four league games in a row in early December, they showed excellent character to bounce straight back and recover the quality of football that got them in an excellent position in the first place. Another recent blip, in which they lost to Liverpool and West Brom, did come with consequences, as Southampton’s closest rivals jumped ahead of them in what could be the closest race for a top four finish in recent years. Their drop in form coincided with a number of injuries to key players, particularly Morgan Schneiderlin and Victor Wanyama, who are integral to how Southampton tick in midfield and allow the more creative players to express themselves. Both played a crucial role in their recent 1-0 victory against Crystal Palace which could be the turning point in their season; not only did the three points end the run of consecutive defeats which threatened to cut them adrift of the top four, but Sadio Mane’s late winner could provide a much-needed confidence boost that gets Southampton firing on all cylinders again.

The upcoming trip to leaders Chelsea could be a true indication of whether Southampton have the quality to maintain their challenge for the top four and realise the dream of playing Champions League football. They are currently four points adrift of Manchester United in fourth, and while the 2014/2015 Premier League season promises to throw up even more twists and turns between now and May, Southampton have to focus on their own results and let the rest take care of itself. Coming away from Stamford Bridge with a positive result would be a real statement of intent from Koeman’s side and make the likes of Arsenal, Liverpool and Manchester United aware that Southampton are not to be taken lightly.