After another pulsating north London derby where Spurs emerged victorious over Arsenal, the race for the top four has heated up even more.

Just ten points separate 2nd place Manchester City and 7th place Liverpool and after Harry Kane’s double, Spurs fans can be expectant of a top four place for the first time since 2012 if they keep their performances up. 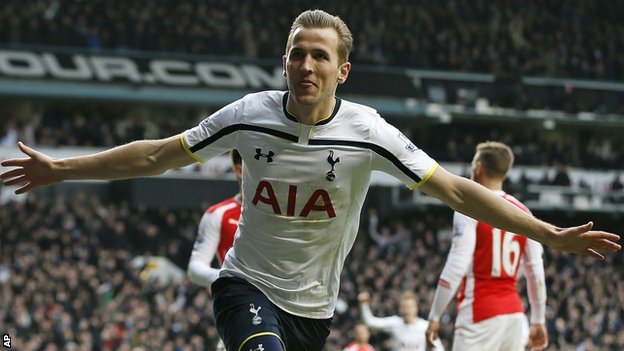 Here are the player ratings for the game:

Couldn’t do anything about Ozil’s excellent finish but other than that, had very little to do but did well when called on to action, saving a decent Danny Welbeck effort.

Offered pace and drive but wasn’t as effective as Danny Rose getting forward.

For a first north London derby, the 21-year-old did well against the in-form Olivier Giroud.

Made some good tackles and overall had a decent game.

Was at fault for Arsenal’s goal after being outpaced by Danny Welbeck but other than that, had a very good game. Rose was effective going forward, troubling the defense and was unlucky not to score as well.

Had a very good game after returning from the African Cup of Nations. Protected and dominated the midfield battle and provided a great cross for Kane’s winner.

Was everywhere, pressed relentlessly and offered a lot of energy. Also had a good effort saved by David Ospina.

Relatively quiet game and didn’t offer much of a threat.

Tried to create openings but largely ineffective. However, he played a role in Kane’s equalizer.

Had a surprisingly quiet game but always looked dangerous and capable of creating something when he had possession.

He worked hard, kept pressing and was a nuisance for the Arsenal defense after his brace sealed the win. Stunning header as well, taking his tally to 22 goals in all competitions this season.

Despite looking nervous and his parry leading to Kane’s equalizer, Ospina kept the scoreline to just two goals with some stunning diving saves.

After an impressive game against Aston Villa, the young Spaniard had a night to forget with his flank dominated throughout.

His performances have declined this season and Mertesacker was at fault for a free Kane scoring the equalizer. He really needs to improve especially with new signing, Gabriel waiting on the bench for his chance.

Should have done better for Kane’s winner but was good overall. Had a free header straight at Lloris which should have been a goal.

One of the few who had a good game with no real threat coming from his flank. Unlucky to get a yellow card.

Played well initially until Spurs took control of the midfield.

Like Mertesacker, his performances have regressed and seems like a liability in midfield now. Maybe he needs a rest?

A surprisingly poor game from Arsenal’s most in-form player, creating nothing and offering no influence on the game.

Made a smart run, outpacing Rose to contribute to Arsenal’s goal. Also had a good effort saved by Lloris and had good ball retention but offered nothing else up front.

Another one who can hold his head high, Ozil looks back in good form with 3 goals and an assist in 4 starts in 2015. Well taken goal and could have gotten an assist if not for the finishing of his teammates.

Quiet game from another of Arsenal’s in-form players. Not given enough space and had a good header go wide but assisted Ozil for the goal.