Nani is a player who is loved and loathed by many footballing supporters. His crossing, dribbling and shooting can easily be admired as he is so influential to Manchester United, but at the same time labelled as a diver, as well as other things because of the way he negatively acts on the football pitch. 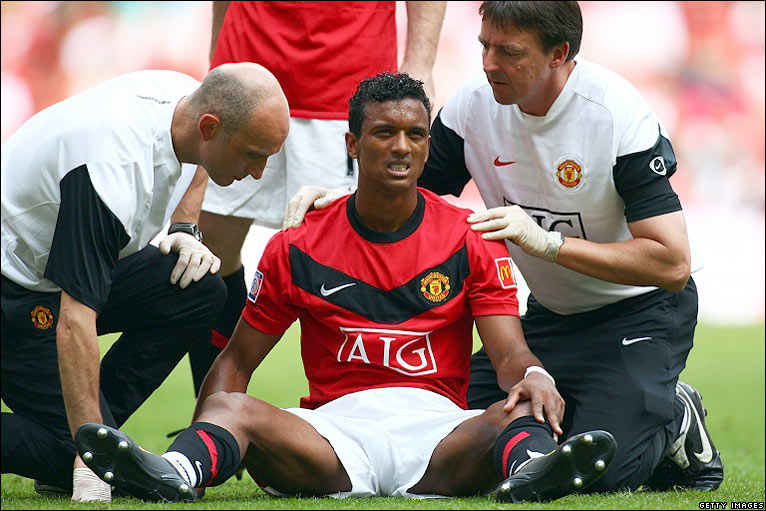 In the Premier League, he is often down on the floor grabbing onto a part of his body, as if he has a serious injury, only to come back on the pitch fine as ever just moments later. However, there is no doubt about the quality this lad has. Since joining Manchester United in 2008 from Sporting Lisbon, he has continually fulfilling his potential and now is a regular in the Manchester United side. In the opening parts of last season, he and team mate Berbatov won games by themselves at times with the creativity.

Nani is one of the best players at being two footed. His goals vary from his left or right foot as well as his crosses. Nani ‘dropping the shoulder’ is becoming a trade mark as I can’t recall a player doing it so well since Luis Figo those few years ago. When he joined United, he already had pressure of being the next Ronaldo, but he isn’t the same player. There is no doubt Nani is just as effective as Ronaldo on the football pitch when it comes to build up play. To match Ronaldo, you’ll need to be more of a goal threat all the time, and Nani doesn’t contribute enough goals. 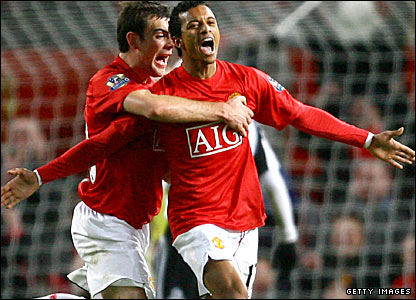 Nani is regarded as a ‘Drama queen’ and one highlight I recall was the game where Manchester United played Liverpool at Anfield in March this past season. A tackle from Carragher, albeit a poor challenge, Nani went to the floor in seemingly a lot of pain, jumped up and ran to Carragher to show his leg, where it had been cut, to fall to the floor again. Going to the Premier League, you will need to be more physical due to the nature of the league, but after 4 complete seasons in the league, you’d think he would start to ‘man up’ a bit more, and even United fans gets embarrassed when he goes to the floor. If he cuts out that part of his game, and keeps improving and being more consistent then there is no doubt he’ll become one of the best wingers in the world.