Javier Pastore is one of the most known youngsters in current world football, a player which has a huge amount of potential and has attracted interested by many clubs. Javier Pastore is an attacking midfielder, who has great dribbling ability, close ball control and an eye for goal too. His performances have seen him being rewarded a place in the Argentina team, and he was part of the 2010 World Cup, and many expect him to be a Argentine star for the future. Pastore has just joined Palermo, despite apparent interest from the likes of Real Madrid, Manchester United and Chelsea.

Javier Pastore started at club side Talleres from the age of 13. He managed to get into the first team at a very young age, and then he moved to top division side Huracan where he played the whole season, which turned out to be his breakout season, and narrowly missed out on the title. He ended up as the team’s top goal scorer and therefore gained a lot of interested from European clubs. He decided to move to Italy, and join Palermo on a 5 year contract. 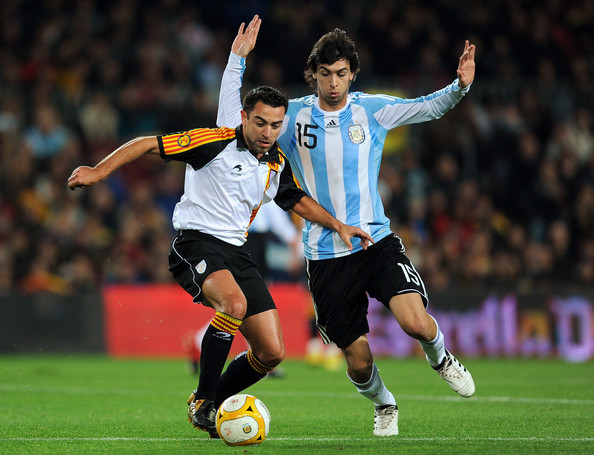 Manchester United, Chelsea, Porto and AC Milan were scouting the teenager, but no official bid was good enough for them to accept. His first favourite moment for Palermo was when he played in high profile match against Juventus, and assisted for one of the goals, and this was when his potential was learned from all fans and general football supporters. Despite being a promising player, at times he showed his inexperience, and therefore didn’t start many games but often came of the bench. He then started to be a regular in the side, and played in an important role on the pitch, and Palermo managed to finish 5th, and pundits thought Pastore’s role was crucial.

Not long ago, it was agreed that Pastore will join PSG. It came to quite a shock to many people as many clubs, and in particular Chelsea, was highly interested in his services. Pastore has got the ability, but maybe this move is to help his development, and going to a team like Chelsea, where the competition for midfield will be so high, would not help his development. It is most likely that if he continues his impressive form at PSG, then one day he would play for a giant European side, but we’ll have to wait and see, but with this signing PSG will desperately want to win the title as Lyon, Marseille and now Lille have won it since they last have.