Serbian international Aleksandar Mitrović arrived with a big reputation when Newcastle United splashed out £13 million to sign Anderlecht’s then 20-year-old forward in 2015.

The powerful striker had scored 36 goals in 69 Pro League appearances over two seasons for the record champions of Belgium and was already a regular for his country. 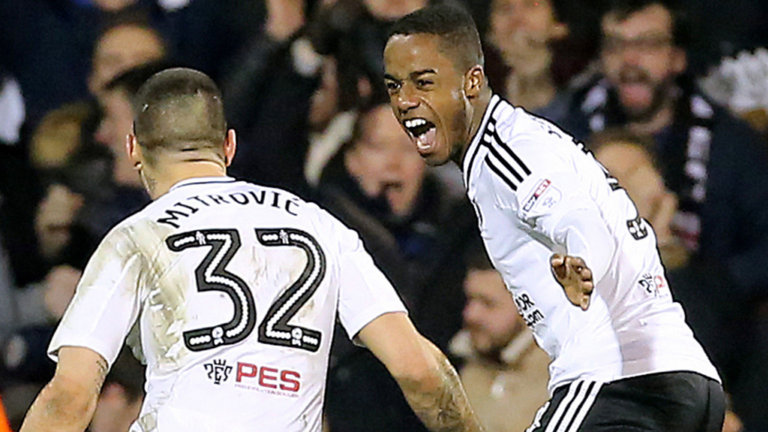 Newcastle United hadn’t been in good shape for the previous couple of seasons, finishing 16th, 10th and 15th before Mitrović signed at St James’ Park.

The Magpies also changed manager that season with Steve McClaren being appointed shortly after being dismissed by Derby County.

Mitrović made late substitute appearances in Newcastle’s first two Premier League games of the 2015-16 season – a 2-2 draw at home to Southampton and a 2-0 loss at Swansea City, before being given his first start – at Old Trafford, against Manchester United.

The striker looked a threat and hit the frame of the goal in a 0-0 draw that prompted McClaren to keep the youngster in the starting line-up for the following weekend’s tie at home to Arsenal. Unfortunately for the Magpies their big summer signing was dismissed after only 16 minutes for a high tackle on Francis Coquelin. Arsenal went on to win the game 1-0 with an own goal from Fabricio Coloccini.

Newcastle fans had been warned heading into the season that their club had signed a striker with a reputation of being a volatile player. They had now witnessed it – in his first start at St James’ Park of all places.

It would be appearances numbers six and seven that the former Partizan Belgrade youth product would break his duck for the Magpies – a consolation goal in the 6-1 thrashing by Manchester City, followed up by scoring the fourth in a 6-2 thrashing of Norwich City.

However, goals would be few and far between in his first season in English football – nine in 36 Premier League appearances as the club’s main striker. Though the importance of them shouldn’t be denied. Aleksandar Mitrović scored the equaliser in a 2-1 win at Tottenham Hotspur, during a thrilling 3-3 draw with Manchester United, in the 1-0 win over West Bromwich Albion and in the Tyne-Wear derby at home to Sunderland, which finished 1-1.

Steve McClaren was dismissed in March with the club one point from safety, and was immediately replaced by the experienced Rafa Benítez. However, the Spaniard failed to rescue the club, who fell into the Championship.

Fans could be forgiven for thinking that Mitrović would deliver the goods in the second tier of English football, now with a season of football under his belt in his new home. But despite Newcastle winning the league that season, the Serbian netted just four goals in 25 league appearances.

Newcastle didn’t have an established striker in their side last season, back in the Premier League, as the goals were shared between Ayoze Pérez, Dwight Gayle and Joselu. It was no surprise to see Aleksandar Mitrović playing the backup role, and was eventually sent out on loan to Fulham in the Championship at the end of the January transfer window.

Whether it was the change of club or the change of life, now living in London, the striker’s career began to take off immediately in West London.

Three games without a goal was followed by seven in his next five fixtures as Fulham would go on a 16-game unbeaten streak with Aleksandar Mitrović in the starting line-up, not losing until the final game of the season, against Birmingham City, which ultimately cost them automatic promotion.

Fulham would go up via the play-offs with a 1-0 victory over Aston Villa in the final at Wembley Stadium. Although Mitrović didn’t score in either of the three games, he remained a key part of the team and duly got his call-up to the Serbia squad for the 2018 World Cup.

With 12 goals in 17 matches prior to the play-offs, Fulham manager Slaviša Jokanović wanted to bring the striker in on a permanent basis and did so this summer as the club agreed a £22 million deal with Newcastle.

Aleksandar Mitrović has continued where he left off last season by scoring five goals in Fulham’s opening eight fixtures of the 2018-19 Premier League season – just one less than the entire Newcastle team in as many games.

Goals from the 24-year-old include a brace in a 4-2 win over Burnley and goals in draws against both Brighton & Hove Albion and Watford. And with fixtures against Manchester City and Liverpool coming up at the start of November, the Cottagers could play a role in the Premier League title race early this campaign, with the aforementioned duo the clear favourites with the bookmakers: https://www.betfair.com/exchange/plus/football/market/1.142751842

There’s no doubt that the striker will be a key part of Fulham’s campaign if they are to avoid relegation at the first attempt. Already the focal point in their attack, the Cottagers know they only need to supply the striker with a couple of chances each game for him to find the back of the net.