Football is a non-contact sport…on paper. But try telling that to the guys on this list. They are the players you love to hate, the players you look forward to seeing on the pitch but wouldn’t want to meet down a dark alleyway.

Eric Cantona played fewer games for Manchester United than quickly-forgotten right-back Rafael and much-maligned midfielder Marouane Fellaini. But his impact was greater and more memorable than these players put together.

And when we say “impact”, well… you know where this is going.

Cantona netted over 60 times for his club and 20 times for his country, but his most memorable strike came against Crystal Palace in 1995, when he practiced his Kung Fu moves on a Palace fan.

The fan, Matthew Simmons, is alleged to have told Cantona to “pack his bags and return to his homeland”, albeit in a much more descriptive manner. The Frenchman had just been sent off and reacted angrily to the comment, showing the fan his best impression of Bruce Lee. 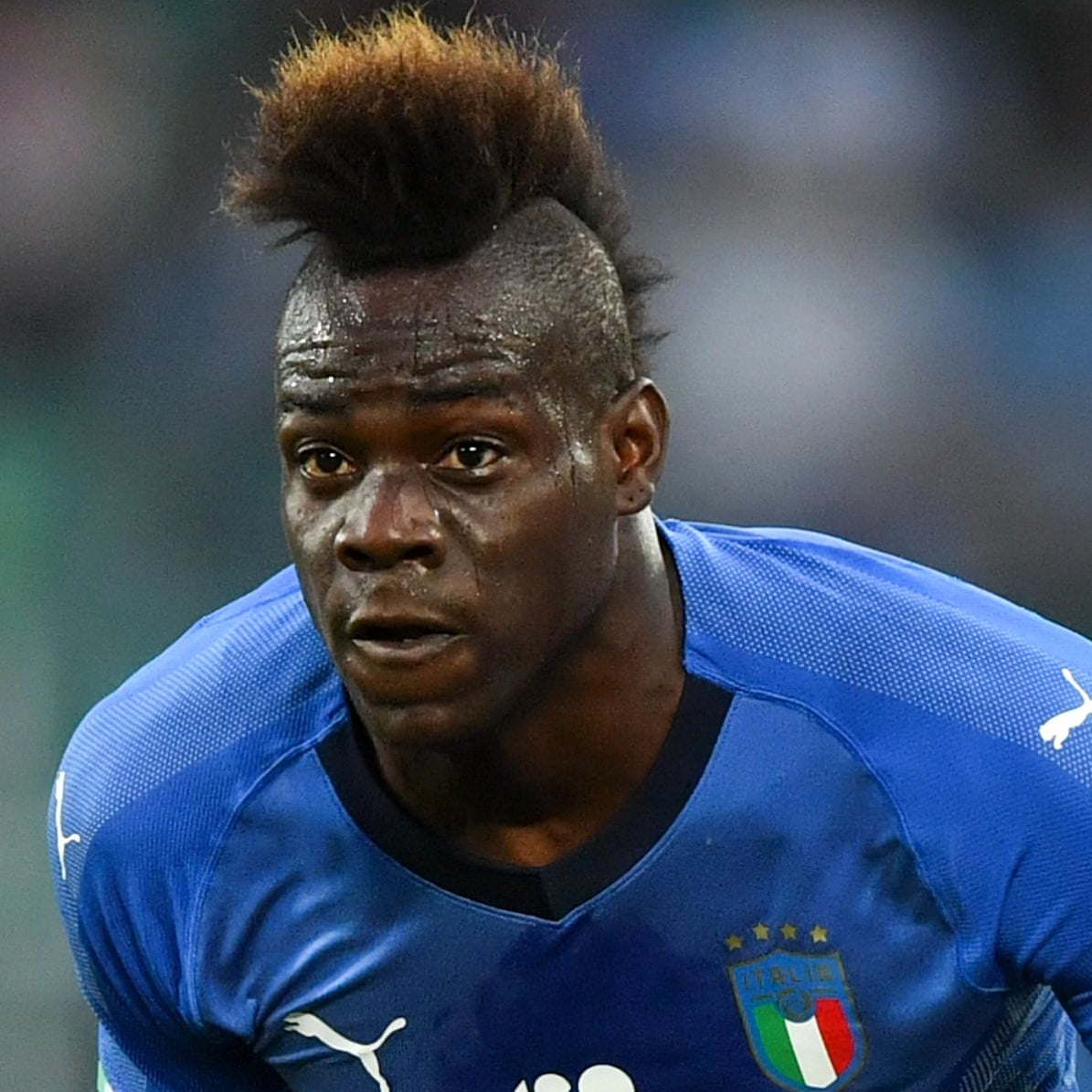 Mario Balotelli was not an aggressive player, but he was definitely unusual and eccentric.

Many of the alleged incidents involving Balotelli are little more than hearsay, but we saw a few of his eccentricities on the pitch. These include the “Why Always Me?” incident, where he exposed these infamous words on a tee-shirt after scoring a goal; his refusal to celebrate a goal because, in his words, “I’m only doing my job”, and his strange and seemingly intentional miss during a friendly against LA Galaxy.

Suarez is a striker who plays off the shoulder of the last defender and, occasionally, takes a chunk out of said shoulder.

Just a year later, when everyone was eagerly anticipating the trilogy, the Uruguayan delivered, this time sampling a taste of Giorgio Chiellini.

Thankfully, there have been no more incidents since then, and Suarez has been getting back to doing what he does best, building a legacy as a prolific goal scorer.

At just 5 ft 9, Joey Barton was never the most imposing figure on the football field, but his attitude and anger made him terrifying to be around.

He saw red 6 times in 269 Premier League appearances and has been described as the “most hated” and “dirtiest” player in EPL history.

In 2008, he served time in prison for common assault and in 2007 he committed actual bodily harm against teammate Ousmane Dabo.

Irishman Roy Keane now works as a pundit and has also assumed managerial positions at Sunderland and Ipswich. He was one of the Premier League’s greatest midfielders but is perhaps best known for his hard-man persona.

He was shown 7 red cards throughout his Premier League career and saw an unbelievable 69 yellow cards.

He was the last person you wanted bearing down on you when you received the ball, and his anger wasn’t just reserved for his opponents. Keane gave his teammates the hairdryer treatment plenty of times, and no doubt played a massive role in Manchester United’s unprecedented success.

After all, entering the Man Utd dressing room after a poor performance was akin to a near death experience during the 90s and early 2000s.

We all know someone who is a little crazy, off-hand, and bizarre. Whether it’s your old Aunty Linda, who shouts random obscenities when playing bingo games, or your friend Steve, who can’t make it through a football game without screaming at the TV and threatening the ref.

These characters are what makes sport fun, and that’s exactly what the aforementioned football players did.

They are the minority, the exceptions that make football such a varied and beautiful game!