While he may have only signed a two year contract at Chelsea in June, it would be fair to say that most people expected Roberto Di Matteo to last a lot longer than 262 days. However, following a month of dreadful results, the Blues have decided to remove the former MK Dons manager from his position and replace him with none other than Rafael Benitez. There certainly would have been a good betting bonus on that ever happening.

The saga is quite incredible when you look back just one month, which was the time where Chelsea were sat top of the Premier League and were positioned in a very promising position in the Champions League. However, over recent weeks the Blues have experienced some horrid results and after winning just two of their last eight, this means that they now find themselves four points away from top spot in the top flight, but more importantly on the brink of the Champions League exit. It looks as though their comprehensive 3-0 defeat to Juventus was the final straw for Roman Abramovich, who instructed chairman Bruce Buck to deliver the final blow to Di Matteo and mean that the Blues were on the lookout for their ninth manager since Abramovich’s takeover in 2003. 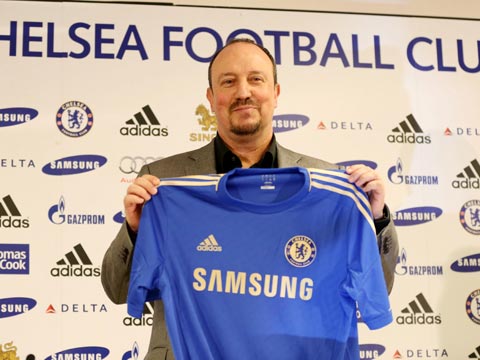 As soon as the decision was made the rumours about Di Matteo’s successor started circulating and it soon came to light that there were just two names linked to the post – Rafael Benitez and Pep Guardiola. While it is understood that the latter is the first choice for Abramovich, it’s thought that the former Barcelona coach does not want to return to football management just yet and this means that the Blues have turned to ex-Liverpool boss Benitez. He has signed a deal until the end of the season, where it is assumed that the club will finally be able to lure their top target Guardiola to Stamford Bridge. Chelsea will continue to be considered good football betting offers by bookmakers to keep changing managers on a regular basis.

As you would expect, the football world has been well and truly shocked through the events. After winning the Champions League and FA Cup during his opening months in charge last season, many thought that Di Matteo would at least be allowed some leeway this season. Moreover, with the Blues starting this campaign so strongly, it really does look as though the club have waited until the first opportunity to show the Italian his marching orders. Other managers have commented how unlucky Di Matteo is to have been put in this position, while a certain Andre Villas-Boas likened the events to “another day at the office” at Chelsea – following his dismissal earlier in the year.

To make matters even more interesting, it appears as though most Chelsea supporters are not too keen on Di Matteo’s replacement. Already, a leading supporters group has said that they are in not in favour of Benitez being handed the reins, citing that his attitude towards the Blues while he was in charge at Liverpool was simply unacceptable.

However, even if a lot of Chelsea fans are not behind Benitez, many understand that this is just a temporary appointment – unless the former Valencia manager is a roaring success at Stamford Bridge. One of the worst kept secrets at Chelsea is the fact that Guardiola is Abramovich’s “first love” and he will do anything to lure him to the club. Of course, as highlighted in the case of Roberto Di Matteo, even if Benitez does mastermind great success, the chances of him keeping the position might still be slim if it comes to light that Guardiola is available for work and willing to risk his reputation under Abramovich’s no-nonsense approach to managers.